In a deliberate and calculated act of racism, a black man ambushed and gunned down five Dallas police officers and injured seven more.  I watched on TV how the police community and concerned citizens responded. They honored each officer in a moving tribute that highlighted their life stories, the families they leave behind, their service to our country, and their acts of kindness in their communities. They came together to offer assistance to the families of the fallen officers, establishing funds to pay their mortgages and to send their children to college. They reminded everyone of the dangerous job that police officers willingly accept – serving and protecting their communities – and now, since the start of Black Lives Matter movement (“What do we want?  Dead cops.  When do we want them?  NOW!”), being innocent targets simply for wearing their uniform.  Did the community call for violence against the Black Lives Matter movement and its leaders?  Has it encouraged police officers to take aggressive and retaliatory action in their patrolling of their areas?  Has it suggested that police officers withdraw from black communities and let their violence consume them?

The other side, however, responds with violence and aggression. They are completely predictable. When a member of the black community dies at the hands of police custody, which includes being stopped, subdued, transported, arrested, or incarcerated, the response is rioting, destruction, and violence.  They demand justice which always means that they want the other side to pay for what has been done, regardless of what transpired. At the center of almost all of the unfortunate incidents – and they are all unfortunate – we find a black man who had a gun and wouldn’t surrender it, who had broken the law, who threatened the officer with harm, or who was resisting the police (even though the police had probable cause to stop him).  Simply cooperating with the police would have prevented each of the deaths.

The responses from each side are strikingly different and they speak volumes.

Instead of the accusations against police and the insinuations of blatant racism, why aren’t we asking the more important questions:  Why are young black men walking around carrying guns?  Why are they breaking the law?  Where are their parents to teach them right from wrong?  Where are their parents to keep an eye on them and to know what they are up to?  And most importantly, why aren’t they teaching their children that when they are stopped by police, they must politely cooperate.  I believe that officers respond to guns, not race.

“Lena gets her son ready for school
She says, “On these streets, Charles
You’ve got to understand the rules
If an officer stops you, promise me you’ll always be polite
And that you’ll never ever run away
Promise Mama you’ll keep your hands in sight”

The song was inspired by an incident involving the New York City Police Department and a West African immigrant named Amadou Diallo in February 1999. Diallo exactly fit the profile of a rapist who committed several crimes in the Bronx area, and when police caught up with him in a stairwell, they instructed Diallo to show his hands.  Instead, he reached into his pockets. Police assumed he was going for a gun, but it turns out he was only reaching for his wallet.  But it was too late. Police shot him dead.  While the song is an indictment of the rush to judgement on the part of police, Springsteen acknowledges that “these streets” are not safe.  Police patrol areas that are not safe.  At the heart of the problem in this country at this present time is the fact that are our streets not safe.  And yes, certain areas (and I don’t need to spell it out) are much less safe than others. We have to be honest in solving that problem first and not be afraid to be politically incorrect, because yes, too many young black lives are being lost.  Let’s address that root cause first, and the other issues will fall away.

Sometimes when I watch the news, I can’t help but think that we are back in the tumultuous civil rights era.  But we not in the 1960’s.  It’s fifty years down the road.  That equates to 2-3 generations. I don’t mean to sound insensitive to the concerns of the black community when it comes to their history with police, but I’m tired of the dialogue that is so intentionally and overwhelmingly politically-sensationalized and one-sided. Government – all 4 branches (legislative, executive, judicial, and the media) – has got to stop with the political correctness and stop pandering to violence, and start acting responsibly.  We have a code of conduct in this country that transcends race, religion, and ethnicity and it’s called civility and the Rule of Law. We conduct ourselves within the boundaries of the law, we respect each other’s lives, liberty, and property, we respect each other as individuals, and we contribute in a positive way to our communities. We don’t harass one another, we don’t harm one another, we don’t intimidate one another, and we don’t make others feel unsafe.  Everywhere I go, I see signs reading “coexist.”  I imagine it stands for an organization or movement urging social cohesion and peaceful coexistence.  For my entire life, I have been taught this. Growing up in northern New Jersey, I never once thought that a person of a different color was any different than me or should be treated any differently. It just never entered my mind. Since the days when the country righted wrongs and passed the Civil Rights Acts, we have been reminded at every instance to live a colorblind life.  Our schools have taught it, our human resource departments give training sessions on it, our government has put laws and policies in place to ensure it, and courts have come up with remedies to mandate it. Yet when we watch the news, read the newspaper, and listen to our president and US Justice Department speak, you would think that racism is widespread in this country and most notably, is rampant and endemic in our police forces.

I have a good friend in town who happens to be a white police officer.  As he faithfully posts reports of all those officers across the country who have been killed or injured by those supporting the Black Lives Matters movement, he clearly fears for his safety and the safety of his officers. Nevertheless, he is the epitome of public service.  He says this fear will never prevent him from doing his job nor, as far as he believes, will prevent the others from doing the same.  My friend is assigned to what is called the West quadrant, which is the “black section” of town. The West quadrant is racked with violent crime – murders, random shootings, stabbings, drug crimes, and domestic assaults. Someone asked him if, in light of the growing Black Lives Matter movement, he wouldn’t be better off transferring to a different quadrant and perhaps having black officers cover the West quadrant.  His response was quick. He said he would never request a transfer and has every intention of remaining there. When asked why, he answered: “Because I am needed there.”  He said he didn’t enlist to protect just quiet, safe neighborhoods; he enlisted to keep everyone safe.

I believe most officers feel this way.  And sadly, the Black Lives Matter movement has been responsible for the senseless murders of exactly these types of officers.

In my adult life, I’ve seen only three acts of blatant, intentional racism.  In 2010, Black Panther leader King Samir Shabazz intimidated white voters at a polling location in Philadelphia and publicly advocated the killing of white babies. Last year, Dylann Roof, a young white man, opened fire in a black Methodist church in Charleston, killing nine. And then two days ago, July 7, a black man, Micah Johnson, set out with the express intention of killing as many white police officers as he could at a Black Lives Matter protest that was planned in Dallas.  He also supported or belonged to the New Black Panther movement which advocates violence against whites.  Ironically, all these events occurred during the time when our President was jumping to conclusions and crying racism at every instance a black man was mistreated or harmed by police. It began almost immediately after he assumed office.  In July 2009, when a black Harvard University professor Henry Louis Gates Jr. was stopped by a white police officer for suspicious activity, President Obama jumped on the opportunity to lecture the country about racism.

In that incident, police received a call of a possible burglary; the woman was concerned that a man (no mention of race) appeared to be trying to break into a house in a respected Cambridge, Massachusetts neighborhood. A white officer, Sgt. Jams Crowley, was dispatched to the house and found Gates who had already opened the door.  Gates told the police it was his house and Crowley asked to see identification. Gates refused and instead, flew into a verbal rage and accused the officer of racial profiling. He was arrested for disorderly conduct. President Obama learned of the incident and before knowing the facts of the case, he felt he needed to make a public statement regarding Gates’ treatment.  To a country that had no idea of the incident, Obama said that Sgt. Crowley acted “stupidly.”  He went further and said this was an example of how vulnerable poor people and minorities are “to capricious forces like a rogue policeman.”  He continued: “This man clearly was a rogue policeman.”  Without knowing the facts, President Obama slandered Crowley’s good name to an entire country. As it turns out, Crowley was – is – a decorated officer, an expert on racial profiling, and an instructor on that subject for many years at the Lowell Police Academy.  The police commissioner of the Cambridge Police Department commented that his department was deeply maligned by Obama’s statement.

To an audience that is always on the look-out for instances of racism, Obama’s comments were just what they wanted to hear. Victimhood is a powerful aphrodisiac. Victimhood is a powerful position. Victimhood is big business.  The Gates incident was just the tip of the iceberg. In 2012, Trayvon Martin’s death ignited intense racial tension. When George Zimmerman was acquitted of his death, race riots occurred in Los Angeles, a place that knows them all too well (except when OJ Simpson was acquitted). With each incident, tensions grew stronger, culminating in a march in New York City in 2014, headed by race hustler Al Sharpton. The “Black Lives Matter” demonstrators called for the death of police officers, shouting: “What do we want? – Dead cops. When do we want them?  – Now!”  Not long after that, a black man stalked and killed two innocent white police officers in NYC in retaliation for the death of Eric Garner (which was a sad, tragic event, but clearly without any racial animus). Since 2014, it has been open season for killing police officers and the numbers have been adding up. 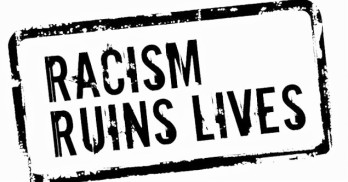 [I use the terms “white” and “black” not in any derogatory way but merely as an emphasis to the racial divide that has overtaken our country, particularly with respect to law enforcement].