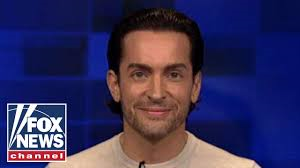 Have you heard of the WalkAway Campaign?  I encourage everyone to check it out. I think this just may be the movement that will save our country from being hijacked by the lunatic fringe.

The movement was started by Brandon Straka, a handsome, gay (but I repeat myself) NYC hairdresser who was having a hard time reconciling his values and love of country with the party (Democratic) to which he belonged.  So he started a testimonial campaign where individuals could post their video or written testimonials as to why they are fed up with the Democratic Party and liberalism and why they are walking away or have walked away. It’s called the “#WalkAway Campaign (“the hashtag WalkAway Campaign”).

I believe that this exodus is what just might save this country. This rejection of liberalism is just what might help heal the divide, help all of us as Americans to reconnect, and to help us all get on the same page, which is to make our country great and safe again. This is our home. Our communities are our backyard. The people we put “D” and “R” labels on and criticize and complain about are our neighbors.

Straka is blown away at the response to his campaign and the overwhelming support he is getting, insomuch that he is giving people a voice and a channel and they are taking him up on it.  Even Tucker Carlson highlighted it on his show last night, allowing Straka to explain why he started it and how successful it has become.

As Straka explained, what is even more satisfying to him than the scores of testimonials of liberals is that people on the right are participating we well. He is happy that has been able to help give a voice back to the silent minority, and in some cases, the silent majority. Both have been misrepresented and mischaracterized by the mainstream media. As Straka explains, “So now we’re cutting out the media, which has controlled the narrative as to what it means to be a conservative – which is that all conservatives are racists and bigots. Now people from the right can tell their own stories, and they are saying ‘I’m not a racist; I’m not a bigot.’”

The #WalkAway campaign is humanizing politics and for that, I think Brandon Straka is a genius. I am extremely grateful for what he has done and for the movement he started to give those on the left empowerment (for there is power in numbers) for making the decision to walk away from the political party which they  once thought best represented them.

I only wish that Tucker Carlson would have given Brandon more time to talk about the #WalkAway campaign. I thought it was a rushed segment but certainly one of the most significant topics in a long time. I hope Tucker will invite him back, and I hope other shows will do the same.